Evalar is a partner of the charitable foundation "Galchonok". Their cooperation resulted in a meaningful project, the theater festival "Fairy-Tale Readings", in which famous theater and movie actors read fragments of beloved fairy tales for the children who receive the foundation’s support. The project was implemented to help children with diseases of the central nervous system, and to draw public attention to the problems of such children and their families.

Galchonok Foundation takes care of more than 300 children from various regions of Russia and CIS countries. In 2013, 108 rehabilitation and treatment courses were paid, and 18 units of technical rehabilitation equipment were purchased, as well as special nutrition and consumables for the children’s families.

We have high hopes for cooperation with Evalar: thanks to the well-known brand, even more people will learn about our Foundation, and the collection boxes installed at Evalar pharmacies will make it possible to collect more funds for the rehabilitation of disabled children.”

— Julia Snigir, actress, the trustee of the charitable foundation

The company also has long-standing friendly relations with the charity foundation “Life as a Miracle” (“Zhizn kak chudo”) that specializes in helping children with severe liver diseases.

In 2016, a calendar was published jointly with the Foundation, featuring 12 of the sponsored children on its pages. The main idea of the calendar was to convey bright colors and emotions, joy, kindness and optimism, everything that is associated with meaningful and happy life.

In 2017, the company implemented, together with the Foundation, a large social project "Formula of Goodness", to collect contributions in favor of the children supported by the foundation. These amounts were collected from the sales of children's vitamin complexes "Baby Formula Mishki.” The project culminated in a big celebration. Guests wrote postcards with wishes and words of support to the children sponsored by the charity foundation, who are in hospitals. The postcards and teddy bears were sent to hospital wards where children with liver diseases were treated. Some stars befriending the foundation were present at the event: a dancer and actress Anastasia Meskova, actresses Alexandra Rebenok and Ekaterina Volkova, Anna Tsukanova-Kott and Alisa Starovoitova.

The company regularly performs events jointly with the ORBI stroke prevention foundation. The purpose of the ORBI Foundation includes not only charitable events to help people who are facing this disease, but also social projects aimed at informing, early diagnosis and prevention of stroke. The foundation’s specialists regularly host events in Evalar pharmacies, for early diagnosis of a stroke in everyone wishing to attend.

In 2017, Evalar signed an agreement on cooperation with the Altai State Biosphere Natural Reserve, donating them new shooting equipment.

Founded in 1932, Altai Reserve is one of the largest in the territory of Russia, with 871 206 hectares in area. This is the unique protected natural area of ​​Russia, an object of UNESCO's world cultural and natural heritage, including a part of the water area of ​​Teletskoye Lake - the pearls of Gorny Altai, the "small Baikal" of Western Siberia. This reserve is one of the most famous in Russia for its biological diversity. 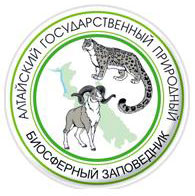